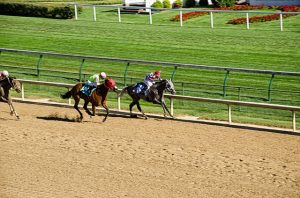 Louisville, Kentucky home to the fastest two minutes in sports

TruePoint, home of the most enjoyable five minutes in insurance

We often find ourselves boasting that our real-time online quotes are the most enjoyable five minutes in insurance.  While this may sound like hype, we can support our claim.  Typically online quotes are anything but online quotes.  If you don’t believe me, go ahead and give it a try.  Take the next 10 to 15 minutes of your life and complete the online form.  When you have reached the final page, what do you see?  Or should I ask, what don’t you see?  Probably not a quote.

What makes our quotes different?

You have set your self up for 4, 8, maybe even 12 calls over the coming days.  Insurance agents all hoping to give you what the original ad promised; an insurance quote. Why did you go online for your insurance quote?

Odds are, you were trying to avoid talking with an insurance agent.  You are going to get pretty frustrated.  Now, instead of one insurance agent, there will be a dozen.

TruePoint online quotes recognize your needs and time constraints.  When you finish our online form you will have a quote for your car insurance, home insurance or maybe a quote.  More importantly, we’ve made the agent disappear.

Ok, so the thing about the agent disappearing is our Hype!  But the truth is, the ball is in your hands.  To issue a policy you will need to talk with an agent.

What horse won finished first in the 2019 Kentucky Derby?

Ok, maybe we are not as well known as the derby,  but we give you real-time home and auto insurance quotes without a Racing Steward.  That doesn’t make us the best insurance agency for everyone, but with our customer-focused approach, the number two agent isn’t going to beat us.

It’s that simple.  Our client-focused approach is how we Justify asking you for your business. 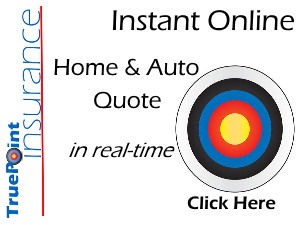 Decision making, in the most logical form, is nothing more than simple math.Â  A series of pluses and minuses that when summed lead to an affirmative or negative answer to the dilemma at hand.Â Â  A good example would be â€śwhy do I want to live in Kentucky?Â  My top five reasons would be: 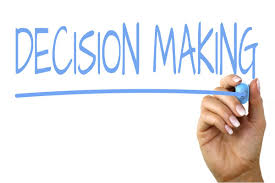 Our Small Towns: For me, the small towns represent the soul of Kentucky.Â  Two of my personal favorites are Augusta and Danville.Â  On the Ohio River, about forty miles from Cincinnati you will find the small town of Augusta.Â  One of Kentuckyâ€™s many small-town treasures; Augusta was the childhood home of George Clooney.Â  Traveling just under an hour south of Lexington you will find the birthplace of Kentucky.Â  Danville was the first Capital of Kentucky.Â  The stateâ€™s first constitution was drafted and signed here.Â  Danville is the home of Centre College a Liberal Arts College that consistently ranks among the top fifty Colleges in the U.S.Â  Centre has been a site for to two recent Vice Presidential debates.Â  For me, the small towns are the soul of Kentucky.

Horses: Churchill Downs in Louisville and in Lexington, Keeneland; both rank among the top horse racing tracks in the world.Â  Many of Kentuckyâ€™s biggest stars reside in the Bluegrass Region.Â  Paris, Midway, Versailles, Lexington, Georgetown, Winchester and Lexington are home to the four-legged elite of Kentucky.

Although you may not hear them as often, there are also many reasons that make it less appealing to call Kentucky home.Â  We pay more for our insurance than most.Â  Donâ€™t believe me?Â  Take some time to get a Kentucky car insurance quote.Â

Before pointing the finger at the car insurance companies, consider the following factors that are driving the Kentucky auto insurance premiums higher:

My logic is that the states with the lowest minimum mandatory auto liability coverage are the states with the greatest exposure to underinsured drivers.Â  Only eleven states have lower state minimum auto liability coverages than Kentucky, which is my reasoning why underinsured motorist have an upward bias when it comes to car insurance for Kentucky.

At this point, my plus/minus matrix is five to one for staying put.Â  I will keep paying a little extra for my car insurance because I love the people and the basketball.Â  Yâ€™all have a great day, ya hear? 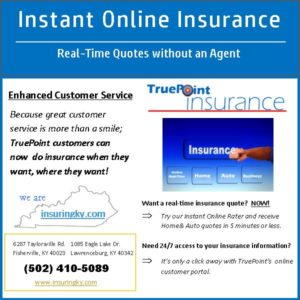 The #2 Answer: Unwilling to talk to an Insurance Agents

Our customer focused approach puts you in the drivers seat.Â  In addition to instant online quotes, our clients have online access to all of their important personal insurance documents.Â  Stop worrying about getting pulled over by police with an expired certificate of insurance.Â  As long as you have a cell phone you can deliver acceptable proof of insurance any time night or day.Â  Maybe you have water standing in your basement.Â  You want to check your insurance policy but it has been ruined by the water.Â  Don’t go all weekend worrying if you have water backup coverage, visit the TruePoint Customer Portal to access the information that you need.Â  TruePoint provides full service insurance and risk management assistance to individuals and businesses in Kentkucky, Southern Indiana, the South Carolina Low Country and Coastal Georgia.